The Makeup Artistry programs are well rounded offering students experience in a variety of styles and applications. One of the units is focused on Speical FX. Looking at how to create burns, cuts, scars and more students put their skills to work as they build a character for their unit exam. Students must showcase their abilities unsing some of the concepts learned in the classroom but with their own spin. Read more below about the characters they created!

Scarlett has dreamed about this day since she was a child and she has everyone she loves around to celebrate it with her, including her mother and her best friend, Jessica. However, when her mom finds Jessica kissing Scarlett’s fiancé before the wedding, Scarlett’s dream shatters and her heartbreaks. When confronted by Jessica later in the dressing room, Scarlett’s anger controls her and she kills her friend, cutting off her face with a glass shard. She then stapled the “mask” on to her own face and anticipates the reaction of her soon-to-be husband. 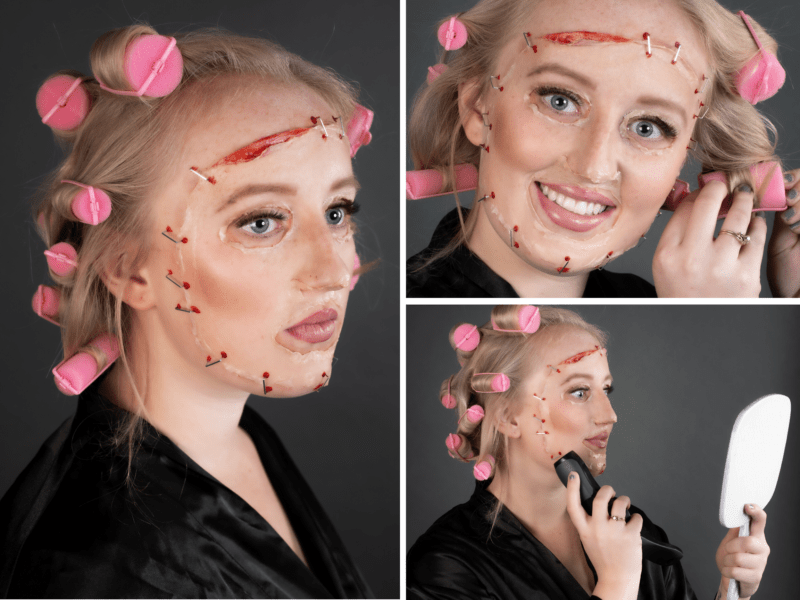 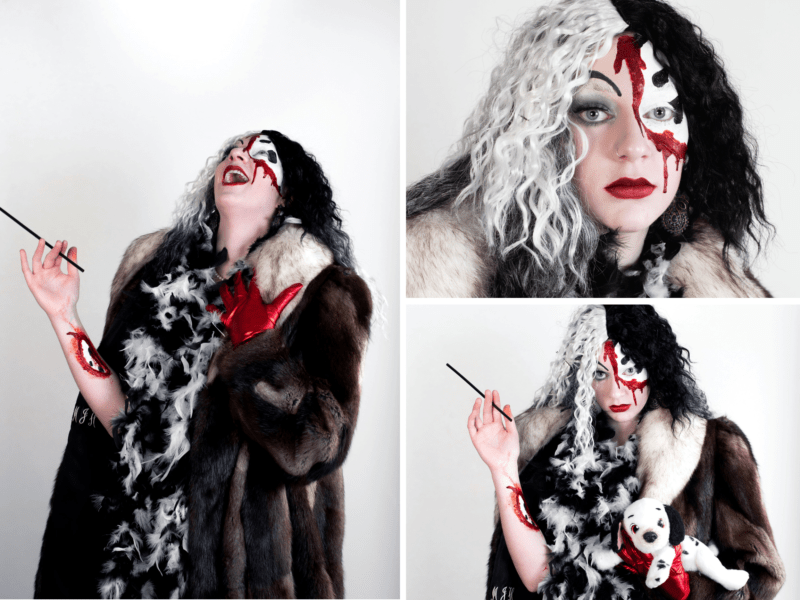 Cruella wanted Dalmatian fur so bad that her wished she just had it already and as she wished that it was a full moon on a Halloween night and the magic started to change her into a Dalmatian as she was scratching her arm and head.

Melody lived in a beautiful land of eternal summer, everything was perfect. She met the man she would marry, and was happy. Until her kingdom was attacked and the love of her life was slain in battle protecting her. After she found out, her heart grew cold, which turned the lands around her into a frozen wasteland of ice and snow. The beautiful life she used to have and love, was now the life she couldn’t seem to get away from. 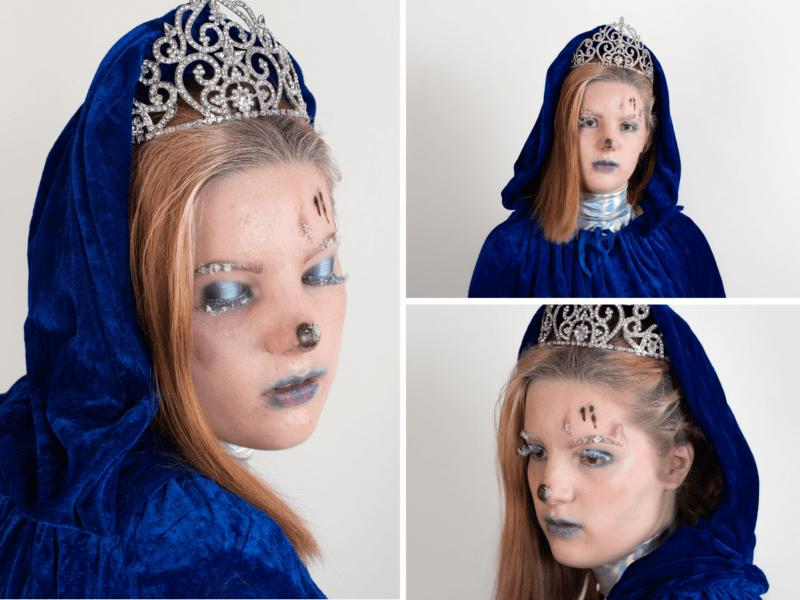 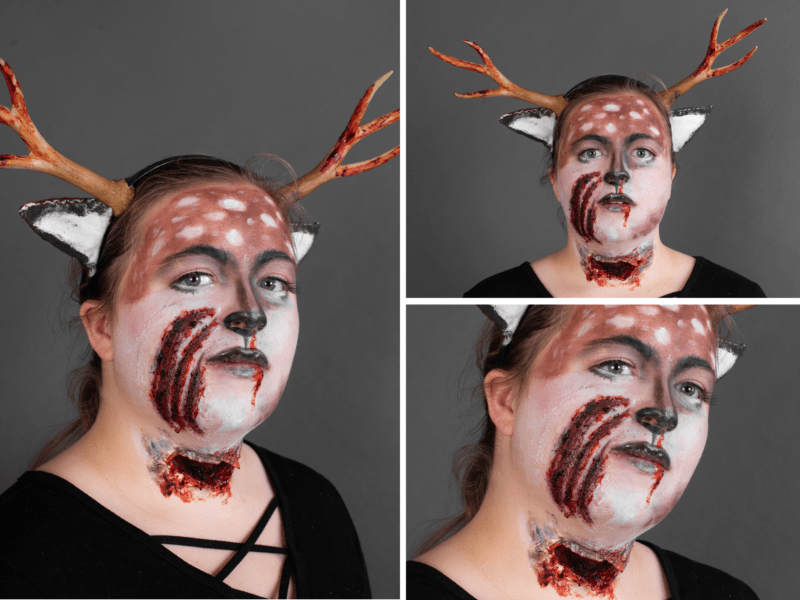 Redwood is a fresh faun just reaching his maturity. In his home of the Evergreen Forest he journeyed to feast on morning sweet grass when suddenly an enormous bear emerged putting up a violent fight. Eventually Redwood takes out the bear piercing him with his deadly antlers but has taken fatal damage as well.

Every day was the same for Isabella and her family on their small farm. A neighboring family was struggling after losing three children to illness, so Isabella’s father decided to give one of their horses to help them on their farm. The family was very grateful, but insisted on giving him a goat in return. Right away Isabella sensed something very wrong and had visions of the neighboring children’s deaths. She knew the goat was responsible, but couldn’t tell anyone as she would be punished for saying something so absurd. It didn’t take long before Isabella awoke in the middle of the night and was drawn to the goat. He gave her two choices: he would turn her into a demon like himself to continue killing or he would end her life. Since Isabella knew from her vision that he would kill her family if she died, she agreed to be turned into a demon under the condition that he wouldn’t cause her family harm. 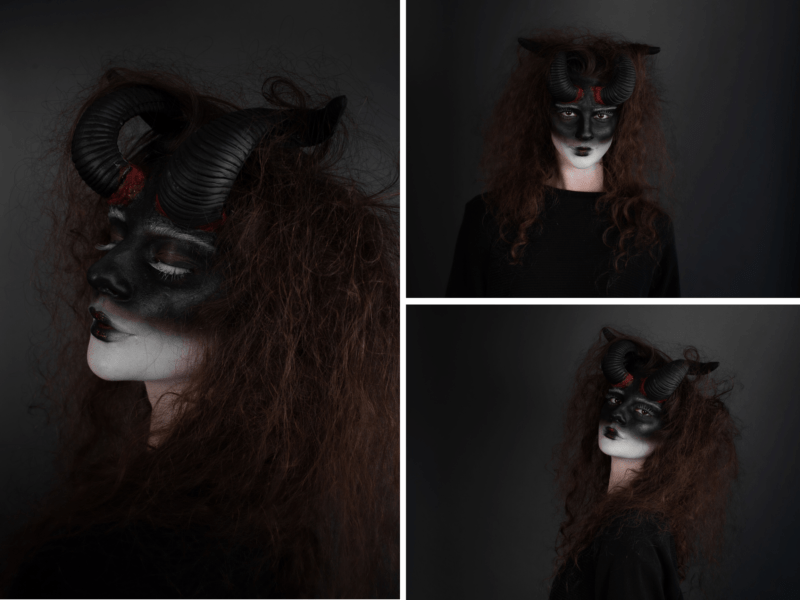 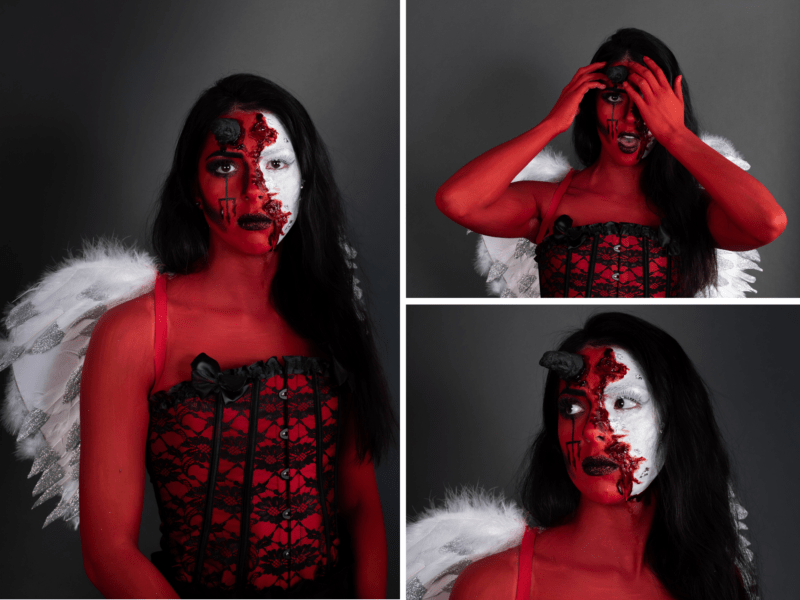 Divina grew up in New York City and absolutely loved living there until unfortunately her life came to an end in a tragic car accident at the age of 18. She then lived in heaven as a guardian angel. For her 22 birthday her friends decided to take her to New York for her birthday where she fell in love. Before knowing who he was she kissed him and that’s when she found out he was a demon and that’s when she began to change into a demon as well.

Aurora was a beautiful spring nature fairy with beautiful brown eyes and green moss growing from her skin. In the spring she was responsible for waking up the animals from hibernation, making the flowers bloom, and making the cold winter snow melt away. Aurora thought spring was the most beautiful season of all, up until the one year that winter would not go away. Global climate change had taken away her fairy powers to let spring bloom and she quickly became weak and damaged by the cold weather. 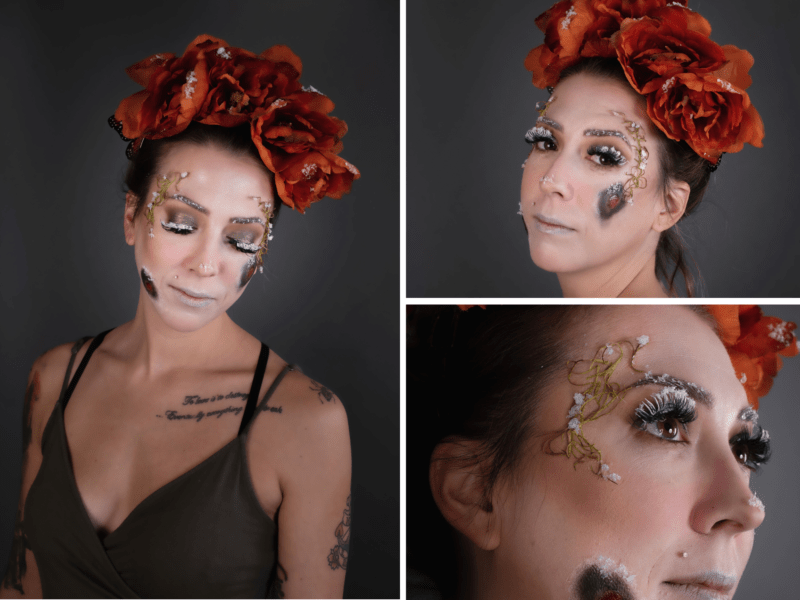 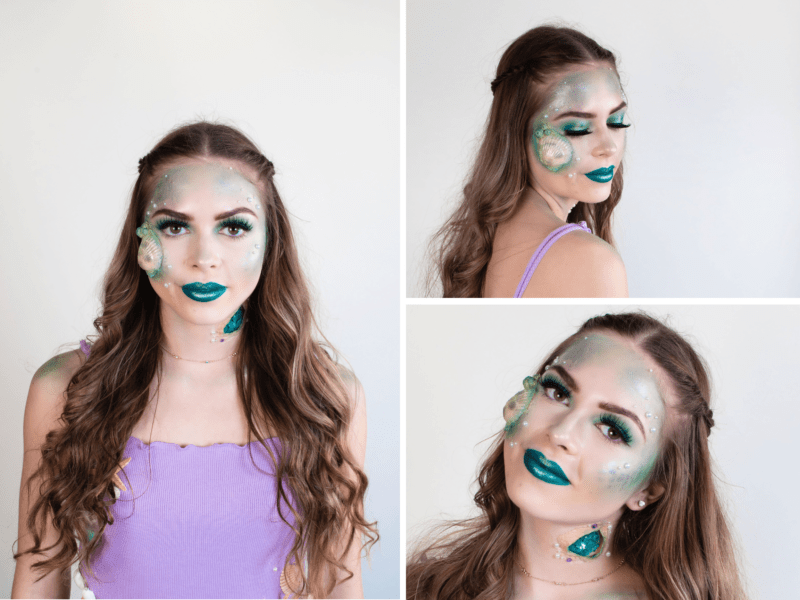 Beauty in the Sea

Student: Izzy
Character: Khalia The Mermaid
Location: Khalia is from the Aegan Sea located between the Greek and Anatolian peninsulas!
Age: She has been 20 years old for the last 100 years

Khalia’s home, the sea, has been taken over by garbage and it’s ruining her home. Her family has always warned her to say away from where the humans and garbage are, but her curiosity got the best of her and she decided to explore. As she looked at all of the trash from the human she heard fishers above her discussing when they would drop their net. Khalia was angry and as she got closer to the human she heard them yell “Okay! Now!” And all the sudden she was swooped up into their net and exposed to the human world.

Abigail lost everything in WWII, her father to the draft, and her mother to an industrial accident. With the world in flames, Abigail spent the rest of the war and a few years after in an orphanage. She hardly remembers her life before the safe house. All she knows now is the daily struggle with the nuns, and the other children also orphaned from the war. They fought for every meal and faced the nuns cruelty. Her anger at the world grew inside her. Sometimes she shook with rage. She stayed there until she was 17. She couldn’t bare to be there anymore after all, she knew that a teenager wasn’t going to be adopted after the war. On an outing with the residents of her Orphanage, she saw a flyer for a Circus. “Ollivander’s Box of Curiosities,” she took the flyer and hid it on herself. When the time was right, she snuck out of the Orphanage, with only a briefcase of her belongings she ran away and joined the Circus. When she arrived she was welcomed by the Show’s Freaks. All orphans and cast outs of society. Ollivander,the ring leader wasn’t so easily amused by her abrupt presence. But when she showed her ability to balance on a tight rope and contort her body. He agreed to let her perform. Weeks went by and she practised with the other acrobats, they also taught her some ballet, but enough inky to make an entrance.

Finally the time came for her to be in the circle. She was nervous but determined. She was in one of the stage ballet dresses. A purple and yellow dress, along with her stage makeup. From her neck down to her arms is the red and white striped that decorate the entire tent. Lips blood red and glossy, eyes like voids with her brows combed up. As she took her first step. She instantly fell to her death.

When she woke up in her limbo, she had the eyes of the Circus spectators growing out of her body, a reminder of her failure. She’s still performing though! Forever on the tightrope, forever falling off but never escaping the crowds laughter as she hit the ground and awoken on the rope again. And again. And again. 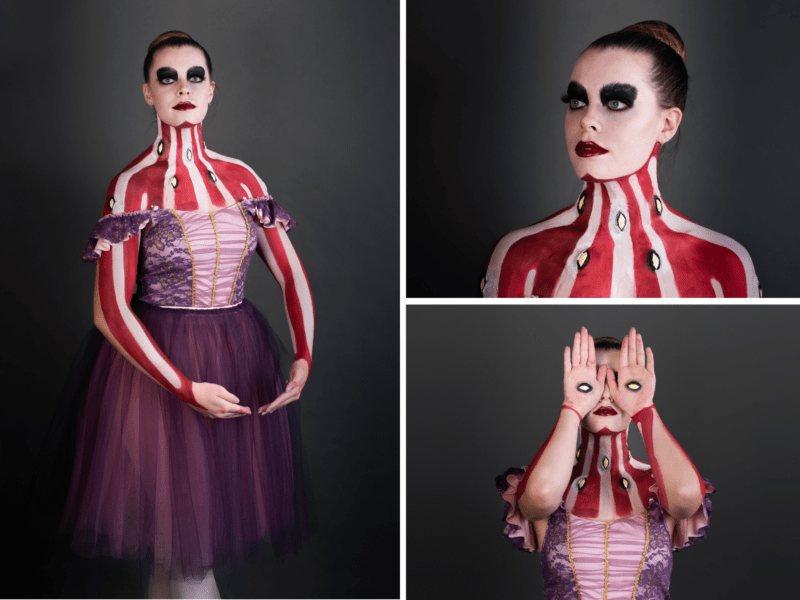 Courageous You Summer Camp | Beauty Inside & Out