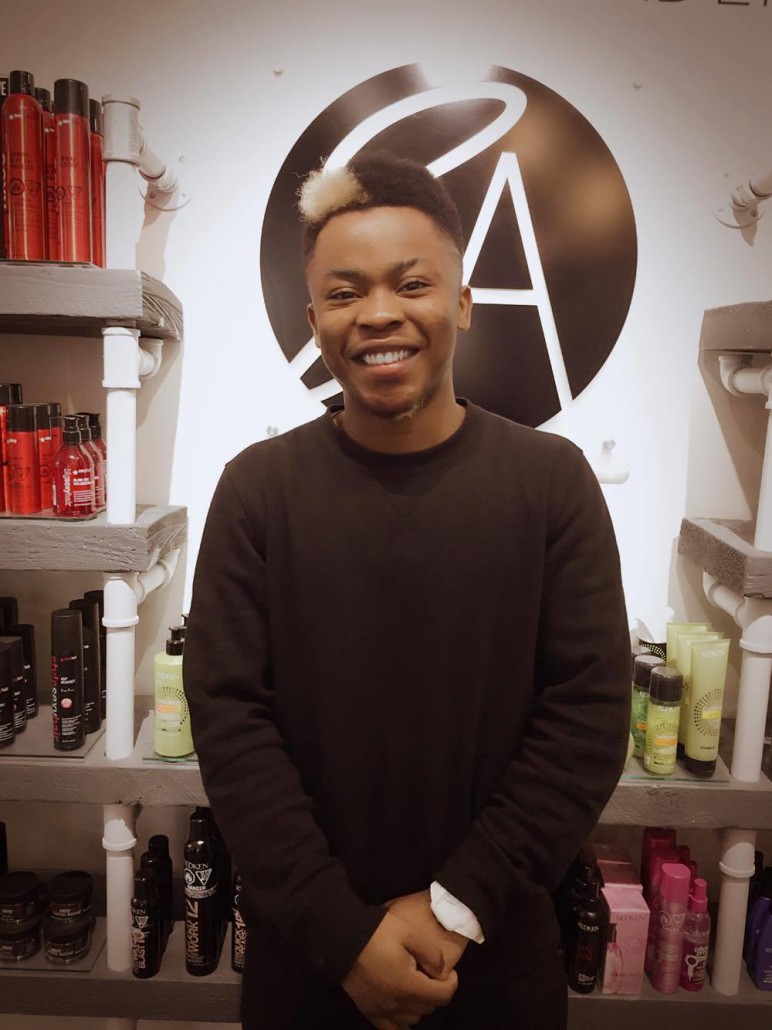 “Keep doing what you are doing.”

Godspower, currently a Hairstyling & Barbering student at The Style Academy was born and raised in South Africa. At only 21 years old he has always had a passion for hair and has been barbering for 8 years. Coming from a larger family with 4 sisters and one brother, Godspower claims he is comfortable being around so many women because of his sisters.

His favourite hobbies include soccer and basketball; he is also interested in trying out football soon as a more contact sport. GP loves to be around happy people and positivity. He gives everything he has to all that he does, for example in soccer he sets a goal of 9 goals a game, one for each letter of his name. His hidden talent is his ability to rap. Watch video of his impromptu session during our interview.

Growing up in Nigeria GP worked in a Barber Shop for 2 years maintaining clients while the owner was gone. He has always had a vision for hair and wants to “fix” people when he looks at them to enhance their look through their hairstyle.

When he came to Regina GP attended the U of R for computer science for 3 years before he decided it was finally time to do what he loved. After a tour of TSA he knew the environment was where he wanted to be, surrounded by passionate and creative individuals like him. He doesn’t have many specific idols or role models. He was really influenced by a Jamaican Barber who took him under his wing for a period of time to learn. Gp also looks up to TSA Principal Dan Pritchard, stating he enjoys his gentle nature.

His dream is to open his own Barber Shop and become a world-renowned barber. He wants to be able to sit his father down in his chair and show him, his success and why chose this career path. GP wants to let people know they should never give up on their dreams. “Keep doing what you are doing.”

He takes his coffee with 1 cream 2 sugar.